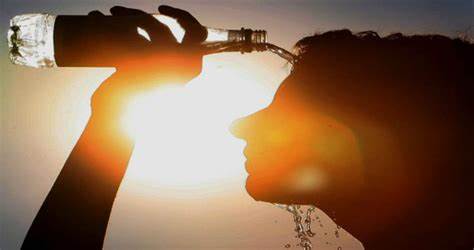 Experts are worried that the current record-shattering heat wave baking Western US and Canada, may result in spike in drought and fire outbreaks as residents take refuge at cooling centers.

BBC reports that the heat wave which has hit large parts of the US Pacific Northwest and Canada, sending records tumbling, has resulted in temperatures in Seattle, Washington State, rising as high as 101F (38c).

The report further disclosed that the “US National Weather Service has issued heat warnings for much of Washington and Oregon states,” noting that “Parts of California and Idaho are also affected”.

As part of measures to curtail the impact of the heat waves, in Texas, authorities have asked residents to limit cooking and cleaning to preserve a creaking power grid, according to The Guardian.

And to save people from burning up, some cities have opened cooling centres, where residents can escape the heat in air-conditioned buildings.

The excruciating heatwaves is said to have also stressed power systems, with grid operators urging residents to conserve energy in order to avoid triggering brownouts or outages.

The soaring temperatures have been attributed to a dome of high pressure hovering over north-western United States and Canada.

In the words of experts, “Climate change is expected to increase the frequency of extreme weather events, such as heatwaves. However, linking any single event to global warming is complicated. As the climate changes, there could be an increase in the number of deaths from floods, storms and heatwaves.”

“The National Weather Service (NWS) said even hotter temperatures were forecast for the coming days throughout the Pacific Northwest as well as parts of western Nevada and California.

Despite the warnings, many people have been enjoying the sunshine, with lakes busy and pools running at full capacity.”

Already, wildfires have sparked across the hot, dry south-west, with lightening and gusty winds threatening to spark more. The extreme heat and deepening regional drought have so far complicated fire fighters’ efforts to contain the blazes. In Arizona, for instance, some large aerial tankers used to fight fires were unable to fly due to the high temperatures.

The rise in heat waves which has raised experts’ concerns over fire, drought and possible deaths, is ironically profitable to some business people as shops have sold out on portable air conditioners and fans.

Meanwhile, a number of COVID vaccination drives have been cancelled, following instructions to avoid outdoors. It is also feared that what is happening presently is “merely a hint of things to come as the planet warms amid the global heating crisis and such extreme events become more and more common.”