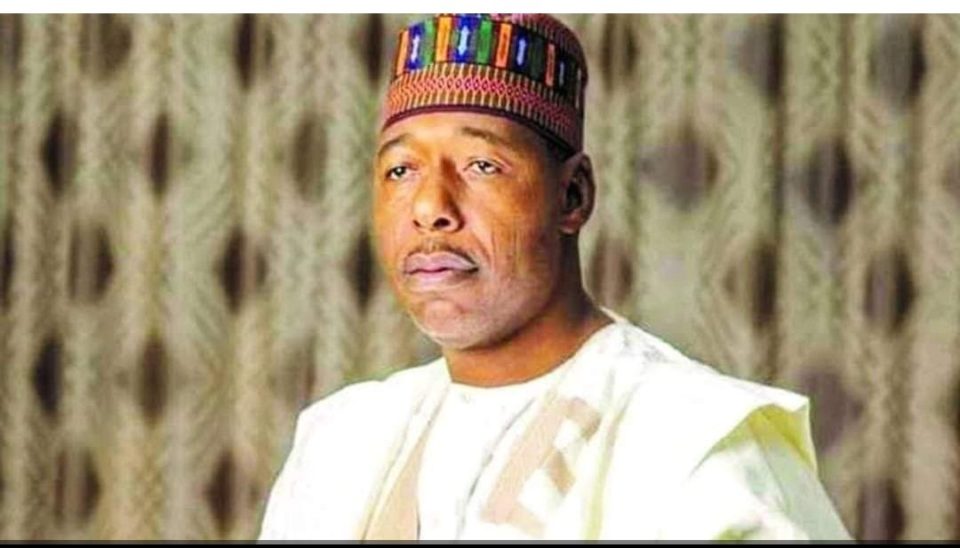 Insecurity and decayed infrastructure, especially epileptic power supply, ditches and gullies-filled roads in Nigeria are the three evils mostly strangling tourism and many other businesses in the country.

The Governor of Borno State Governor, Professor Babagana Zulum yesterday, September 30, pleaded with the Federal Government of Nigeria, FGN, to enlist the help of the Chad Republic army to end Boko Haram terrorists’ attacks and many other forms of insecurity in his state and other parts of Nigeria.

The governor made the plea when members of the Nigerian Governors’ Forum (NGF) visited him to commiserate with him on the frequent attacks on him by alleged Boko Haram terrorists, especially the one that happened last Sunday which claimed lives of many Nigerian soldiers, policemen and civilians.

The governor, who had stood out amongst governors of the insurgency-ravaged North-East, North-West and North-Central regions of Nigeria as a result of his honesty and transparency in dealing with the issue of Boko Haram terrorism in his Borno home state, said from what he had observed, the Nigerian Army needs the assistance of other armies to halt insecurity in the North-East  and other parts of the country.

According to the NGF spokesman, Abdulrazaque Bello-Barkindo, who was among the NGF delegates, Governor Zulum called on the Federal Government “to ensure that Chadian soldiers are invited to join the Nigerian Army in the fight against insurgency if any meaningful success is to be recorded on the battleground.

“Zulum rationalized that no single army anywhere in the world has ever succeeded in quelling insurgency. He requested that the government looked into ways of complementing the efforts of the Nigeria Army with the Chadian soldiers, emphasising that it is not to undermine the Nigerian soldiers, but to help them in finishing the job within a realistic deadline.”

Prof. Zulum lamented that the large population of Internally Displaced Persons (IDP) in the state (including over 300,000 IDPs in Gajiram Local Government Area alone) cannot survive now without aid. According to Governor Zulum, terrorists have made inaccessible the Chad Basin, Sambisa Grazing Reserve and Mandara Mountains, which provided employments and sustenance to about 10 million people. He feared that over 800,000 youths who presently live in Monguno face the danger of being recruited into Boko Haram if nothing was done urgently to help them.

President Buhari of Nigeria has paid deaf ears to the pleas of Nigerians to relieve the country’s Service Chiefs of their duties whose tenures have long expired. The call to sack the Service Chiefs was recently joined by the lower house of the National Assembly, the House of Representatives which said the unjustifiable retention of the Service Chiefs might be responsible for the rising insecurity in the country:

“The unjustifiable retention of the Service Chiefs may be the cause of the lingering problem as their defensive strategies seem to be obsolete and must have out grown further learning,” the lower house said.

Insecurity and decayed infrastructure, especially epileptic power supply, ditches and gullies-filled roads in Nigeria, are the three evils mostly strangling tourism and many other businesses in the country.

The Nigeria military itself and the Federal Government have been accused of complicity in the terrorism activities in Nigeria. Most recently, some members of the United Kingdom’s House of Lords, the British upper legislative chamber, had petitioned the Commonwealth over the persistence of insurgency and farmer/herder crisis in Nigeria.

The letter which said some of the signatories had met and spoken with Nigeria’s former Chief of Army Staff, retired Lt. General Theophilus Danjuma, quoted news reports attributed to him saying the Nigerian Armed Forces are not neutral, and that they collude in the ethnic cleansing in riverine states by Fulani herders.

Danjuma had insisted that villagers must defend themselves because depending on the Armed Forces will result in them dying one by one. “The ethnic cleansing must stop,” said Danjuma.