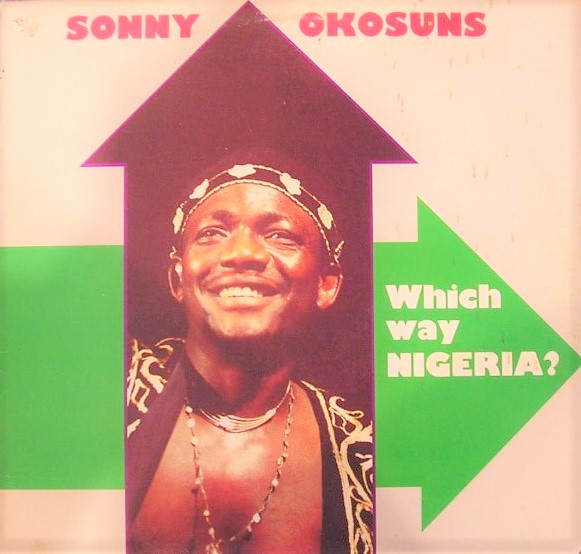 Over three and a half decades down the line, it remains doubtful that a significant number of the citizenry had time to mull over the crooner’s question long enough to fathom a consolatory answer

As Nigeria celebrates her Diamond Jubilee today October I, 2020, the import of Sonny Okosun’s legendary song, “Which Way Nigeria?” resuscitates in our consciences, bringing about the realization that certain frightening realities staring us in the face now could have been averted if policy makers had taken time to design a roadmap to where the country ought to be at this time. Obviously, many are yet to grasp the essence of the late musician’s message about the onerous task of building the nation.

The hit-track in which the Nigerian music legend asked that innocuous question ruled the airwaves in the 80s. Today, as the country drags into her 60th year of independence, rather than lift the spirit of the people wherever it is played, that song touches a sore-point. When the “Ozidi King” demanded to know where the country was headed, many joined in the dance, chanting the refrain without an iota of idea regarding how long it would take to figure out the puzzle.

Over three and a half decades down the line, it remains doubtful that a significant number of the citizenry had time to mull over the crooner’s question long enough to fathom a consolatory answer. That was also the era songsters like the Elegant Stallion, Onyeka Owenu, buoyed by patriotism, churned out inspirational tunes such as “One Love Keeps Us Together” and the late Afrobeat King, Fela Anikulapo Kuti exposing the discomfiting lies of the power mongers of the day, whom he christened “Beasts of No Nation”.

Fela also observed in another song that the people were “Suffering and smiling.” It is instructive to note that before and after Okosun’s “Which Way Nigeria”, some political elites have tried, albeit unsuccessfully, to provide a clue to Nigeria’s political utopia with sing-song slogans: “A Little to the Right, a Little to the Left”, “Operation Feed the Nation”, “One Nigeria”, “Federal Character”, “Structural Adjustment Programme”, “Vision 20:2020” and “Inconclusive Elections”. Each turns out to be a hoax, a gimmick carefully contrived to confuse the populace.

Now that apprehension rules in place of hope, are the people being destroyed due to lack of knowledge? Hosea 4:6. The Ozidi King was not a doomsday prophet, but the song resonates with the words of the wisest man that ever lived in Proverbs 29: 18, that “Where there is no vision, the people perish.” In retrospect, the absence of a sincere answer to Okosun’s question all these years implies that a genuine vision for the country is non-existent. Such realization ominously portends danger. Nigerians ought to have reached their Promised Land when another musician, Eedris Abdulkareem, intoned that “Nigeria Jaga Jaga”.

Which Way Nigeria, marketed by EMI Records, features thought-provoking lyrics, opening with the poser: “Which way Nigeria/ Which way to go?” and extends to: “I love my father land/ O yeah/I want to know/ Yes I want to know/ Which way Nigeria is heading to?”  With the erstwhile British colonialists and their allies supposedly out of the way, Nigeria still “wobbles” in virtually all spheres of her national life apparently lacking a definite sense of direction. This assertion is validated in the conscience-nagging stanza where the music maestro, traversing memory lane recalls: “Many years after independence/ We still find it hard to start/ How long shall we reach the Promised Land/ Let’s save Nigeria/ So Nigeria won’t die”.

The alluring melody of “Which Way Nigeria” endeared the Ozidi king to a lot of people, including those whose “I love my fatherland” lacked fervency. The song reminds listeners that making a country great requires a collaborative effort, but the masses need to know where the country is headed. It also suggests that unless those entrusted with power learn to share their vision, the people will keep doing what the singer observes in the last verse: “Every little thing that goes wrong/ We start to blame the government/ We know everything that goes wrong/ We are part of the government…/As he quips on the necessity of taking a collective action towards building the nation, Okosun pleads, “Lets save Nigeria/ So Nigeria won’t die.”

Although Nigeria has experimented with diverse systems of government since she attained a sovereign status, each succeeding regime-military and democratic, consistently fails to pinpoint a clear direction to the country’s future. With Sonny Okosun’s age-long riddle serving as a catalyst in fashioning out a path of progress, the journey to greatness will no longer be illusory for Nigeria.