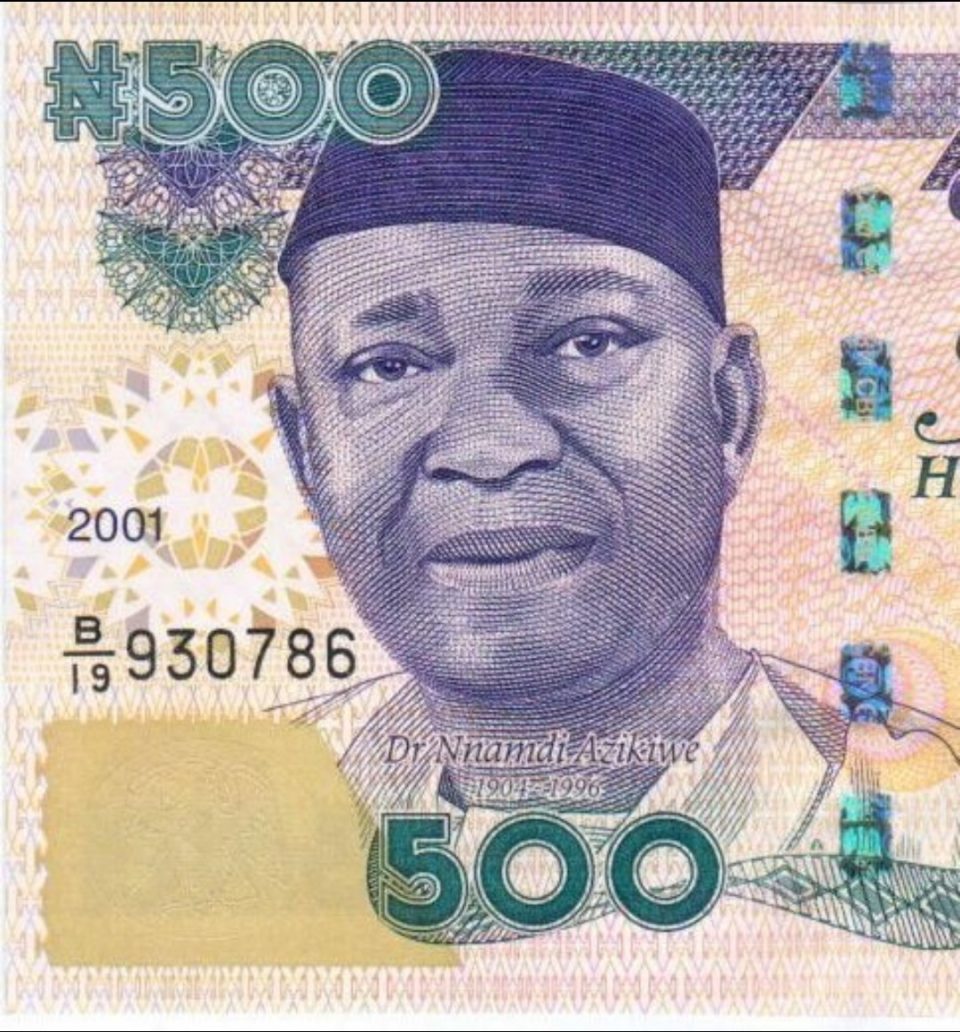 Did you know that in the history of Nigeria, it was the Yorubas and the North that wanted to breakaway from Nigeria, but were persuaded by an Igbo, Dr. Nnamdi Azikiwe, to remain?

Did you also know that during the 1954 constitution conference in London, Chief Obafemi Awolowo, supported by the North, fought tooth and nail to insert a secession clause into Nigeria’s constitution, in order to allow any part of the country that desired to breakaway to do so legitimately and peacefully?

But it was Zik, as Dr. Nnamdi Azikiwe was popularly known, that argued and convinced the British not to allow a secession clause in Nigeria’s constitution.

Did you know too that the phrases, “One Nigeria”, “the indivisibility and perpetuity of the federation” that annoy many Nigerians today were coined by Zik, an Igbo man due to his obsession with the idea of one Nigeria?

It was the same obsession with One Nigeria that made Zik believe that the Yorubas will allow him to become the first Premier of Western Region, until they ran him out of Yoruba land. He went back to the Eastern Region to contest for the Premiership.

If you say it was Zik that created the problem we have today – the permanent welding of the diverse parts of Nigeria into one indissoluble entity, of which we are making efforts now to undo – I will agree with you.

How ironic it has all become! The table turned, and Igbos became the ones who want to leave Nigeria, while the others became those singing the song of One Nigeria, the indivisibility of it and the non-negotiability of its unity.

But it was not for no reason that Igbos wanted to break away. It was the pogrom – the ethnic profiling of the entire Igbo and the unjust attempt to wipe them out as a result of the sin of a handful who participated in a coup designed to forcefully make a Yoruba man, Chief Obafemi Awolowo, Prime Minister of Nigeria.

For those who justify the blanket attempt to wipe out all Igbos due to involvement of a handful of Igbo soldiers in that January 15, 1966 coup, the question to ask is, why was no attempt made to wipe out all Dimka’s ethnic group for planning the February 13, 1976 coup and assassinating General Muritala Muhammed?

So, it was injustice that turned the position of Igbos from being the champions of One Nigeria to agitators for a separate country of their own.

You can read Dr. Nnamdi Azikiwe in this excerpt from the interview he granted the New Nigerian Newspaper when he was contesting for the 1979 Presidential Election:

“Again, on the question of secession. In 1953 the NPC under the leadership of my good friend, the late Sardauna, threatened to secede from the federation unless their 6-point proposals were adhered to. I had to use personal diplomacy. We had been personal friends since 1940. So, I saw Sir Ahmadu Bello and prevailed upon him that the unity of this country was greater than himself and myself and the other people too helped so that the North shifted grounds and agreed and so the country was saved. That was in 1953.

“Again, however, when the 1954 constitution conference started, my good friend, Chief Obafemi Awolowo tabled a motion to the effect that in the new constitution, provision should be made that any state which feels like seceding should do so. I was opposed to it and said ‘no’ and said that once we have a federation, we are indivisible and perpetual. That was when we began to use that expression – ‘The Indivisibility and perpetuity of the federation’ – and that to secede would amount to treason. And so, a debate ensued.

“The Secretary of State then was Oliver Littleton, later Lord Chandos and he was very much interested and that was his first time in saying that the people of African descent were people actually debating at a high level. So, a full day was given to Chief Awolowo to make his points. He spoke brilliantly as a lawyer. He made his points (on) why secession should be incorporated in the constitution. He cited the case of the Soviet Union which is a federation, and that secession is written there so that any state in the Soviet Union can secede at will.

“He also cited the case of Western Australia and eventually he finished his case and was applauded. We adjourned. The next day, I had to reply. I availed myself of the opportunity to, well, demolish the arguments of my friend and I cited the case of United States which based its constitution on that of the Swiss Confederation. That is Switzerland. I pointed out a case, I think, that of Texas versus White, where Mr. Salmon Chase, the Chief Justice laid down the principle – he was really an arbiter – that the union was intended to be perpetual and indivisible and that any attempt to divide the union by secession was treasonable.

“The North (NPC) supported Action Group. The question was then: Should we have secession? The Colonial Office came to our rescue. You know, the usual principle of Britain – ‘divide and rule’ (laughs) but this time, it was in our favour. So, the colonial office backed us. Lord Chandos said that on the face of the arguments before him it would be suicidal to incorporate secession in our constitution and that is why we have section 86 in our constitution that if any region or state should secede, then it will be an act of treason and that was what led to this war, because Col. Ojukwu seceded and so violated the constitution”