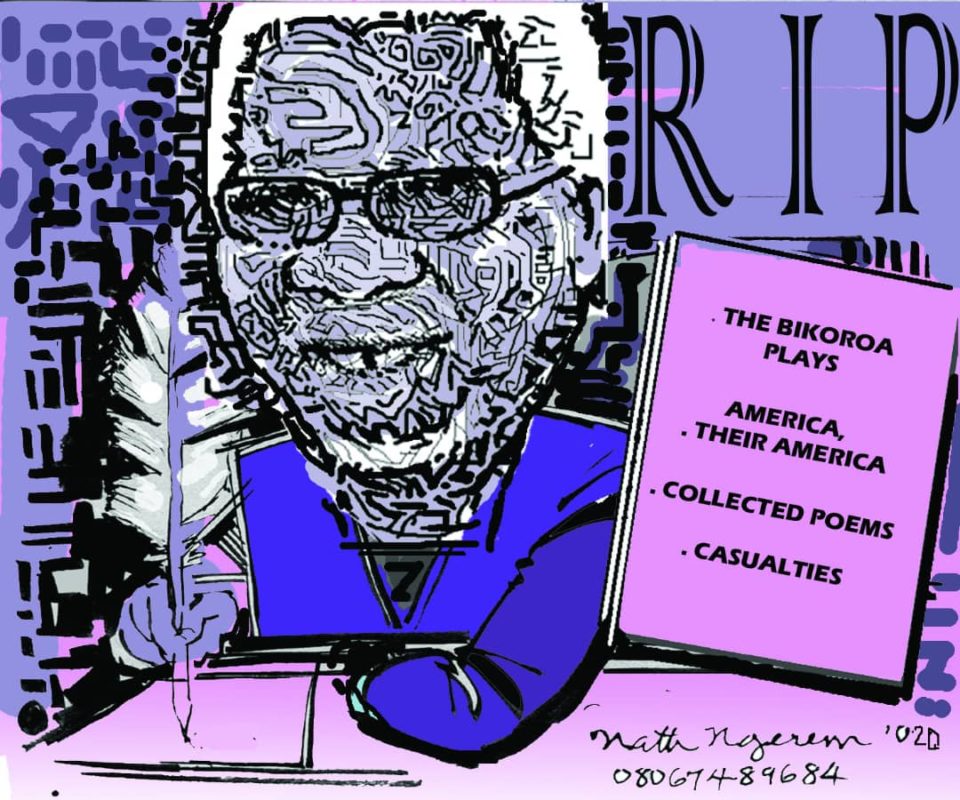 Since J.P Clark died, we have always wondered about his role in the Nigeria-Biafra Civil War. In a tribute to him written in Vanguard Newspaper of October 20, 2020, page 37, there was a hint to that.

After the Aburi meeting in 1967, the late Ken Saro-Wiwa had taken the elders of his community to General Gowon in Lagos to ask him why Nigeria had “sold them to Igbos” by allowing confederacy.

Later, Saro-Wiwa and his people worked and fought very hard to ensure that Biafra did not exist – the reason, it was said, Ojukwu went to Saro-Wiwa during the trial that led to his hanging by Abacha, and said to him, “Good morning, Ken.”

We are still researching to find more about J.P Clark’s role in that conflict that claimed the lives of millions of innocent Igbos. We already know the noble role Wole Soyinka played. Soyinka will die a happy man because he stood for and casted his lot for justice.

But for all those who participated in or supported the extermination of millions of Igbo children because of the sins of Chukwuma Kaduna Nzeogwu, it appears they are condemned to live a life of prick of conscience and die in agony. Yet, living and dying in agony may not be the end of their punishment. We don’t know what God, (or the Devil) will do with their souls.

Let us conclude this with some brief but loaded words of Prof. Bolaji Akinyemi about J.P Clark, published last week on Vanguard:

After eulogizing Clark, Prof. Akinyemi wrote: “But there were other critical and sacred (not in the religious sense) times in the life of this country, which must still remain hidden, where Professor Clark was an actor.”

Prof. Akinyemi refused to say more than that. But nothing can be hidden forever. One day, we will dig out those secrets in which ‘Clark was an actor’ but ‘which must still remain hidden’.