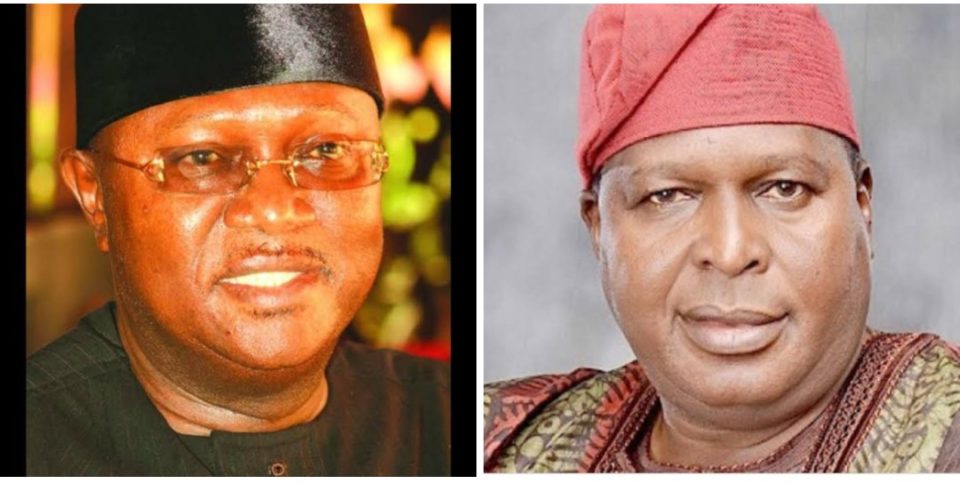 Whatever you are doing, put your best into it. Whether anyone immediately appreciates the work or not, there is a reward for all good works

In February 2017, when I was appointed Arts Editor of Vanguard, I was so eager to get good stories to adorn my arts pages. Within that time, I was invited by the Entertainment Editor of the Sun Newspaper, Mr. Tosin Ajirere, to and art exhibition of Olu Amoda’s works at Art Twenty-One, Eko Hotel & Suites, Victoria Island, Lagos. For the first time at that event, I met Ozolua Uhakheme of The Nation Newspaper, Akeem Lasisi, former Arts Editor of Punch and some others.

Whenever I tell the story of my life, I try to mention names, dates and places, mostly of people who are alive and would be reading the story, so that they can say to me, “shut up! You are lying” and so also that you, the reader, may know it is not a fiction.

At that art exhibition, I interviewed a prominent art gallery owner and collector, Otunba Yemisi Shyllon. After I published the interview, I called him on phone to draw his attention to the publication because I collected his call card at the event. From the way he responded, I got the feeling that he didn’t care about the interview. You can read that very interview at https://www.vanguardngr.com/2017/04/collect-artworks-promote-culture-creativity-prince-yemisi-shyllon/ .

Being new on the job, I was confused. The subject of the interview was why some artworks sell for million of dollars. And he answered the questions beautifully, justifying why. So, there was nothing offensive in the published interview.

Few weeks later, I needed reactions from art collectors for an art story I was doing, and I remembered Otunba Yemisi Shyllon. When I called him, and out of respect, I said, “Daddy, it’s me, Osa Amadi, the Arts Editor of Vanguard…”

In fact, hell was let loose. He cut me short and started lambasting me for calling him “Daddy”. He poured all sorts of vituperations on me, questioning why I should address him with that sort of title we religious freaks use to address our pastors.

I pleaded with him to calm down, saying that I did not use the title “Daddy” in any religious sense; that it was out of respect that I called him “Daddy”. I told him that I myself, I am also a father, and that I would not feel offended if anyone called me “Daddy”. But he ragged the more and cut me off.

Unknown to me, a more eminent person had read the interview and loved it. His name is Otunba Segun Runsewe, the then newly appointed Director-General of National Council for Arts & Culture. The day one of his media aids, Mr. Frank Meke, a tourism columnist with The Sun, called me, he said to me, “Otunba Runsewe read that interview you had with Yemisi Shyllon and he thinks you are good.”

That was how my journey with Otunba Segun Runsewe began. In 2018, I was one of the three national newspaper journalists Otunba Runsewe chose to travel to Russia to cover the Arts & Culture aspect of the 2018 FIFA World Cup, in addition to other international travels!

Today, with all sense of humility, if Otunba Runsewe is going anywhere or holding any event, which comes often, he likes Osa Mbonu-Amadi to be there.

Many of the prominent persons I have known personally in Nigeria today, including some state governors, were through Otunba Runsewe.

Through my good work which Otunba Yemisi Shyllon ignored, I found favor in the sight of God through Otunba Segun Runsewe.

I had a similar experience at Nestle Nigeria Plc where I was supposed to be employed as a Corporate Communication Officer in 2004. Some things happened and I lost that opportunity. You will read the details in my up-coming book titled, Lord, help me to shut up!

Today, in retrospect, and as the Arts Editor/Deputy Chairman of Vanguard Editorial Board, I have been asking myself what I was going to do at Nestle. Yes, I would have been better remunerated, but I would have also been miserable doing that work.

So, whatever you are doing, try and do it well; put your best into it. Whether anyone immediately appreciates the work or not, there is a reward for all good works. And whenever you are going somewhere and the road is blocked, don’t be sad or worry yourself; It may be God that is saving your life or redirecting you to a better and more fulfilling way.

Titanic: What old age does to beauty and good looks