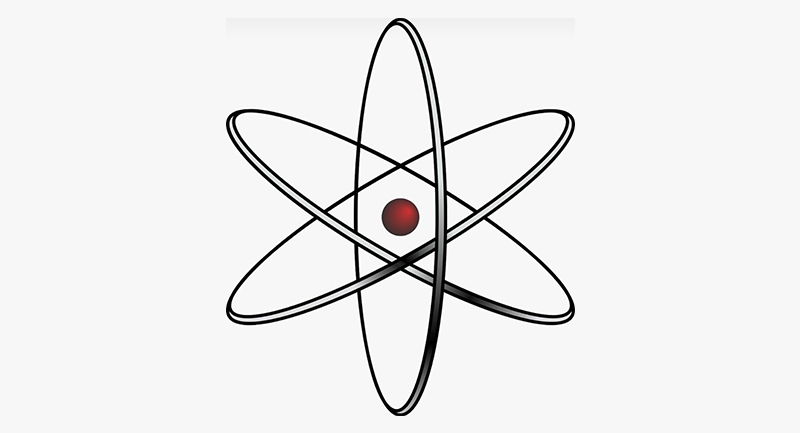 Inside the middle of a circular atom is a dot. That dot is the nucleus of the atom; the powerhouse of the atom.

From a distance, it looks like just one dot. But as you come closer, you see that there are many of those dots inside the dot.

In physics, we know that the bombardment of the nucleus of those atoms sets off a chain nuclear reaction called fission which produces the most powerful energy in the universe – the nuclear energy.

I AM A DOT IN A CIRCLE

I AM THE NUCLEUS OF THE ATOM

I AM THE POWERHOUSE OF THE UNIVERSE.

For we know that the sword, the massacre of the innocents, does not stop God’s plan.

When Herod saw that the wise men from the East, the land of the rising sun inside the dot, had gone home, “he was exceedingly angry; and he sent forth and put to death all the male children who were in Bethlehem and in all its districts, from two years old and under, according to the time which he had determined from the wise men. Then was fulfilled what was spoken by Jeremiah the prophet, saying:

“A voice was heard in Ramah,

Rachel weeping for her children,

Refusing to be comforted,

Because they are no more.”

Yet, Jesus still reigns as King of kings.

I AM THE NUCLEUS OF THE ATOM.

I AM THE POWERHOUSE OF THE UNIVERSE.

World Environment Day 2021: Being at peace with nature