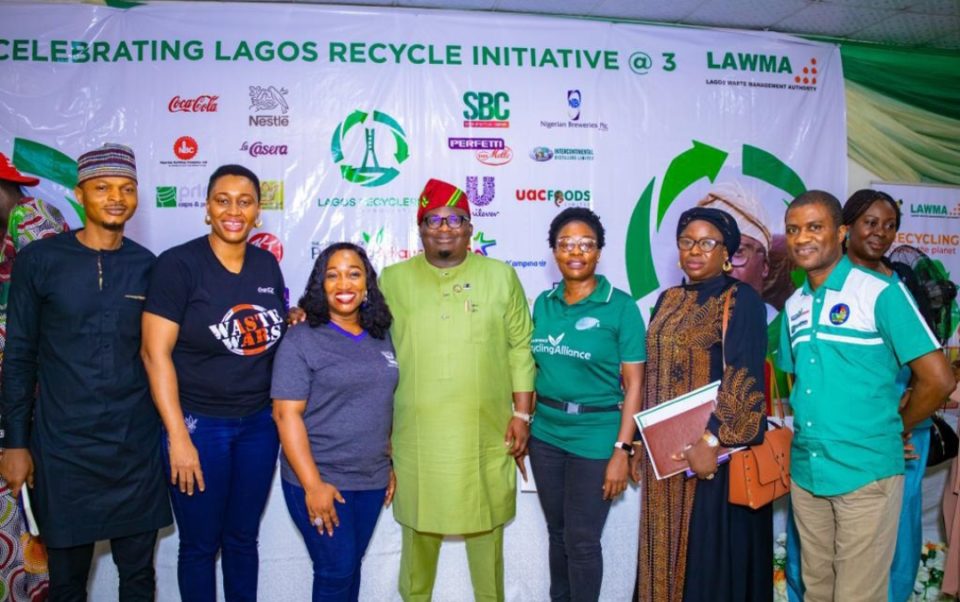 …Partners Lagos Recyclers, LAWMA, others, in commemoration of 3rd anniversary

As the world marked World Cleanup Day on September 17, 2022, Nigeria was not left out of the exercise. Several organisations, including private and public corporations, non-governmental organisations and individual volunteers participated in the one-day cleanup campaign and advocacy to sanitize the ecosystem for sustainable development.

This comes as the Food and Beverage Recycling Alliance, FBRA, recently partnered with the Lagos State Waste Management Authority, LAWMA, and the Lagos State Recyclers Association, LAGRA, to celebrate the third anniversary of the Lagos Recycling Initiative.

The Word Cleanup Day which is done simultaneously every 3rd Saturday in Septembers around the world was first initiated in Estonia, a small country of about 1.3 million population in the Eastern Baltic coast of Europe. Since its inception, the world has seen the need to adapt the day for various exercise that ranges from advocacy, awareness drive and cleanup exercises around industry, public spaces and homes.

FBRA, with current membership of 28 organizations, was established in 2018 as the industry-coalition Producer Responsibility Organisation, PRO, for enhancing the collection and recovery of post-consumer packaging material in the Food and Beverage sector.

According to a press release made available to the media, the organization, within the last four years, has partnered with stakeholders in the waste value chain in Lagos State to impact over fifty communities, educating and creating awareness on recycling.

“FBRA has facilitated the training of 3,000 waste pickers and has supported the collection of over 25,000 metric tons of recyclables for recovery to productive use through partnership with over 12 packaging waste aggregators in Lagos.

“FBRA has also partnered with several NGOs to educate children in schools on the need for responsible disposal including recycling and have provided 75 recycling collection giant bins in schools, public spaces, and communities,” the statement read.

The Alliance also noted that the focus is for member companies to contribute funds to support the waste management operations of the waste ecosystem through the implementation of the Extended Producer Responsibility, EPR, in the packaging sector.

Speaking at the event, the Executive Secretary of the Alliance, Onaghise Agharese emphasized the importance of source segregation at point of generation within homes and organizations to enhance the quality of the recyclables harvested. She also emphasized the need for collaborative efforts of all relevant stakeholders to implement an effective waste management system whilst pledging the commitment of the Alliance member companies to support more projects.

The Managing Director of LAWMA, Ibrahim Odumboni, called all Food and Beverage organisations to join the efforts of the Alliance. He said the Agency is set to implement the ‘Adopt the Bin Initiative’ where all households are expected to use the blue recycling bins to sort their waste, call for pick-up through PAKAM app and a LAGRA member in their vicinity will pick up their recyclables for an incentive.

Dr. Idowu-Adegoke also said that its members under LAGRA are available to takeoff recyclables from all households who have segregated their wastes and booked for collection through the PAKAM App. According to him, PAKAM App is a technology application that can be downloaded from play stores that connect households to collectors nearest to them to enable them trade in their separated waste for incentives or cash.

FBRA, however, encourages residents of Lagos State to adopt waste separation from source and recycling, thereby earning rewards and incentive from recycling through the PAKAM App for a cleaner Lagos and a better planet for us all.

Meanwhile, FBRA members in Lagos embarked on the observance of the “World Cleanup Day” exercise on Saturday September 17, 2022 in commemoration of the annual global event. FBRA members in conjunction with volunteers carried the exercise in some markets and streets in Lagos. Some residents who witnessed the exercise praised the volunteers who took out time to educate and sensitize them on the proper management of waste products at home.