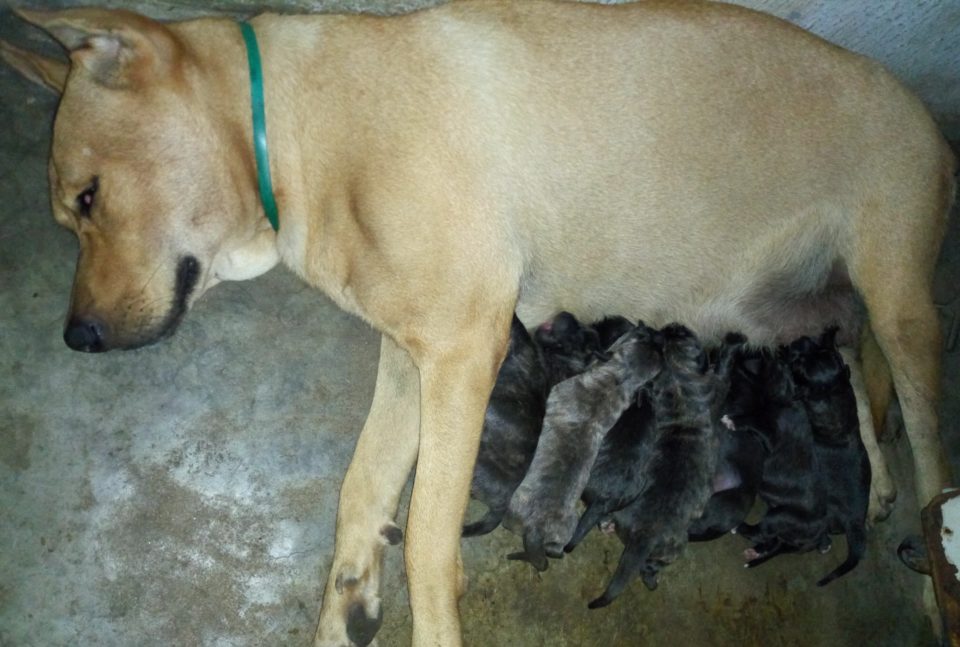 Let me tell you a story. You know I love to tell stories:

Today is June 13, 2021. About two months ago, I called a plumber to lay pipes from our kitchen out to a makeshift drainage on the road outside our compound, just to send into the gutter, the water used to wash plates. We have a separate drainage in the compound for waste water from the bathrooms.

When I got there, I asked them why they ordered the plumber to stop the work. They said they will never allow me to channel waste water into the street; that I should construct a soakaway pit inside my compound to take the waste water. I explained to them that it was just water from my kitchen; that I already have a soakaway pit for our toilets.

They threatened they will take me to court if the plumber continued the work. Two other women joined them. I tried to explain to them that it was normal for waste water from kitchen and even bathrooms to be channeled into gutters on the roads. I inspected their own compounds and saw that there were pipes too that channeled their own waste waters into the gutters. I pointed that out to them. They asked me if I was a landlord. I said the question was irrelevant. They said they were landlords; that a tenant like me has no right to do what I wanted to do. Unknown to them, I had bought the house where I live from the landlord, but I was not interested in making that announcement to anyone. So, only very few persons in the community knew I had bought the house.

To avoid trouble, I invited another landlord whose house was opposite our own house to come and settle the matter. He is from Kwara State. When he came, he looked at the whole thing and said that my landlord has fenced off his own property where I live, and as such, I have no right to channel water out of the compound; that all waste water should stay within the compound where I live. He also said it is against the sanitation law of both the community and the Lagos State Government to have waste water channeled into the gutter on the street. He was a community leader, so I listened to him and constructed a mini drainage inside my compound to take the waste water from our kitchen.

I have a very big dog which my wife and kids asked me to buy because thieves were always jumping the walls into our compound to steal things both at night and when we were not around. Strangely, in the afternoons, the dog would be barking and scratching one particular part of wall. We noticed that someone was always coming to that section of our walls to urinate. The dog senses the presence, hence the intense barking and scratching at the wall.

One day, the landlord and community leader opposite our house who had judged the waste water case for me called me while I was in the office. He angrily complained to me that my children opened my gate and unleashed our dog at some other children playing on the street. When I called my children, they told me that some children were throwing stones at our dog from the opening under our gate, so they opened the gate for the dog to chase the children away. The community leader told me that if he had not been around that day, my dog would have eaten those children. He said he had to use sticks and stones to chase the dog back into my compound. When I returned from work that day, I whipped my children in a way I had never whipped them before.

Another day, I was at home when I heard the sound of stones at our iron gate. The dog has a habit of lying by the gate to ward off unwanted visitors. I went to the gate and quickly threw it open. Behold, it was the children of the community leader throwing the stones at the gate and at our dog. The community leader’s son who was in the university was also among those throwing the stones.

I asked them why they were throwing stones at the dog. They started apologizing to me. I called their landlord father and told him that I caught his children throwing stones at my dog. He said no, that there is one of his friends, another landlord whose house is by the side of his own; that whenever the man visits him, he likes to cross the street to urinate at my walls. He said because my dog always barks at his friend whenever he was urinating there, after his friend finish urinating, he would pick up stones and throw the stones at my dog through the opening under the gate. He was trying to absolve his children from blame.

I said to him: “But why should your friend leave his own compound, visit you, cross the street and come to my wall to urinate; and when my dog barks at him he would throw stones at the dog? He said I should leave that matter; that everyone is free to urinate anywhere.

To avoid trouble, I said “Ok, there is no problem.” They were all Yorubas. I sensed that if I started quarreling with them they will say an Igbo man came to their land to challenge them and claim rights.

On Tuesday, June 8, 2021, I worked throughout the nigh at the office and left early in the morning of Wednesday June 9. My children had all gone to school and my wife had also gone to work. Our gate was padlocked from outside. As I was approaching our house, I saw the community leader landlord crossing the street and walking down to my compound. His wife sat in front of his house. Then he entered into the corner and started urinating at my wall. When I came there, I greeted him, took my keys from my bag, opened our gate and went inside while he was still there urinating.

After sometime I called him on phone and said to him: “Sir, but you told me it was your friend that goes to my wall to urinate. Do you think that what you are doing is right?” He said again that there was nothing wrong with that; that in fact, everybody goes there to urinate because it is a bit hidden. I said, “Do you know that as you enter into my compound from the gate, the first odor you will perceive is the stench of urine? I recall you did not allow me to channel water from my kitchen into the gutter. But you are now saying it is proper for you and everyone to leave your own compounds, cross the street and come to my walls to urinate.”

He said, “Look, if you say I should not be coming close to where you live, I will obey you.”

I switched off the phone on him.

Co-incidentally, as I write this story today, the dog, Lucy (that’s her name) gave birth to seven black and brown-colored puppies!

I was at home drafting editorial for Vanguard Newspaper when I heard several unusual whining sounds outside. I was the only person at home. I went out to check. I saw a little black animal crawling on the sand. At first I thought it was a rabbit the dog had caught and mauled as usual, because the body of the little animal was wet and slimy.

It was when I looked around and saw Lucy hiding and whining in the sand between the house wall and a discarded upholstered chair we left for her outside, that I realized it was her puppy I saw crawling on the sand and crying. I didn’t know what to do. As one that grew up in the village, I know how dangerous dogs that had puppies could be. I was afraid to go near her.

For the next one or two hours, the dog walked up and down restlessly between her cage and the balcony. Soon, she dropped another puppy and another and another! Seven beautiful black puppies in all!

I was amazed at how a dog that had no previous experience in giving birth was serving herself as midwife, using her teeth to cut the umbilical cords away from her babies and licking mucus out of their noses, mouths, eyes, ears and all over their bodies.

After watching Lucy give birth today all by herself without any help, I came to understand fully what the bible means when it says in Psalm 14: 1 that “The fool says in his heart, “There is no God.”