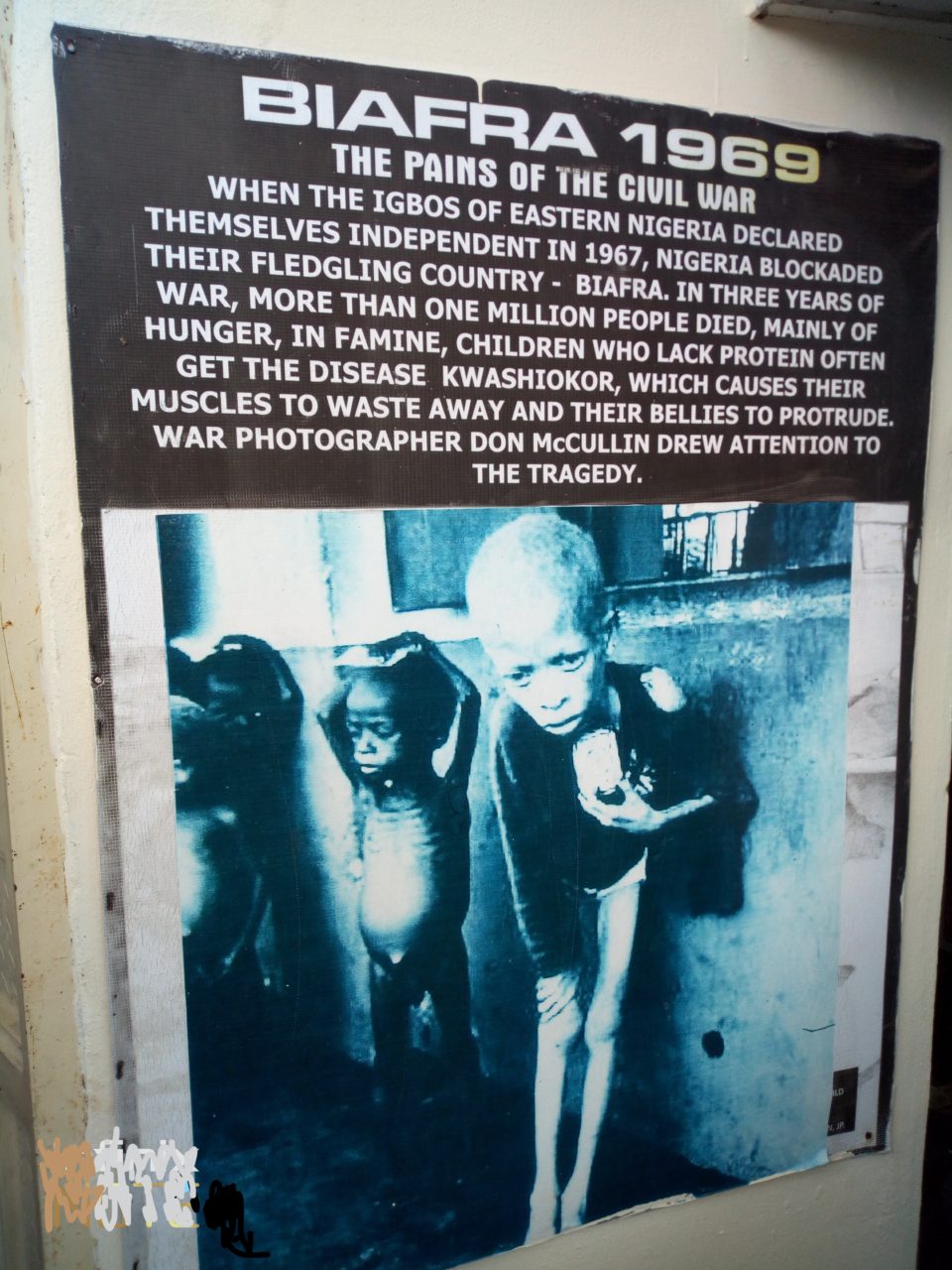 Among all the answers to the great Igbo question Igbos received, this one, rightly or wrongly attributed to a former president, is the best answer so far. It is a great document. What makes it great is not the author, whoever that may be, but the inherent truth embedded it:

My friends who are not from the East of Nigeria where Igbos come from often ask me why there is so much anger in the East and among Igbos. Some wonder why, despite the famed ‘Igbo wealth’ and enterprise all over Nigeria, the people still complain that Nigeria is unfair to them. Some insinuate that the anger comes from the loss of the 2015 election by former President Goodluck Jonathan who the Igbos heavily backed.

And why is it that the current generation of Igbos is so angry as to contemplate carrying arms against the country, with many of them following Nnamdi Kanu of IPOB with his secessionist message?

Those not following Kanu may despise his antics and rhetoric, but they are sympathetic to his underlying message. And what is that message? That Igbos don’t feel wanted in Nigeria; that decades of official marginalization and discrimination should be stopped, or they should be allowed to take their chances in a new nation.

First, for those who think this is all about Jonathan and Buhari, it is not. Igbos were disappointed that Jonathan did not win, but those whose candidates lose elections lick their wounds. It is allowed.

It happens when your candidate loses the election. Why did the Igbos invest so much emotion in Jonathan, a non-Igbo from Ijaw? It was more because of the fear of their experience in the past 50 years. Nigeria has placed an embargo on any Igbo man becoming Nigerian president, and Igbos understand this.

Jonathan was the next best thing. Other parts of Nigeria have supported their sons to the presidency. Some have bombed Nigeria into submission to get their sons to Aso Rock.

Igbos have little capacity to blackmail Nigeria to the presidency. They chose Jonathan as their “Igbo”, but that’s not to say they are angry enough to contemplate going to war on Jonathan’s behalf because he lost.  Jonathan was not really the model of a President the Igbo would go to war for. And even his Ijaw people have accepted his loss.

So? Igbo anger has been building up in Nigeria since the 1970s. As kids, people made choices based on the narrative of the Igbo place in Nigeria. They knew about the glass ceiling against Igbos.

After the civil war, despite the “No winner, no vanquished” program, Nigeria placed glass ceilings and no-go areas for Igbos. The war reconstruction program was observed more in the breach.

There was the “abandoned” property program that was introduced to drive a wedge between components of former South-East Nigeria.

While the country was too embarrassed to put the discrimination program down in an official gazette, it was there for anyone who cared to look. It was evident in the Igbo police officer who stayed in one position while less qualified juniors progressed to become his bosses.

It was evident when no Igbo qualified to become the Inspector General of Police or lead any division in the armed forces. It was there when “sensitive” or “lucrative” positions were shared in Nigeria and Igbos were conspicuously left out.

It was there when Igbos were only fit enough to be made Minister of Information until Obasanjo came to power again. And even recently, it was there when Buhari appointed 47 people to man the critical roles in his government and no one from the Southeast was there.

Any time there is a federal appointment in Nigeria, it’s usually the east that is left to shout. It was there from Buhari’s first term as a Military Junta to his second coming and any other time in-between.

The Igbo elite called it marginalization. Other Nigerians countered by saying no part of Nigeria was getting enough; that marginalization was universal. But they forgot something.

The Igbo cry of marginalization was an official policy. It was expected. It was programmed. And occasionally, key government officials let it slip that Igbos should not complain. After all, they fought a war with Nigeria.

Talk about ‘No Victor, No Vanquished’. There was a Victor alright. And they were reminded of that at every turn. Every appointment, every national project was propagated with the glass ceiling in mind to contain the Igbos.

How can any nation grow when the leaders are mandated to keep a viable component of her resources subjugated and useless because of fear and insecurity? Nigeria was only pretending. Igbos were licking their wounds and complaining and the rest of Nigeria were too busy to notice.

Go to the South-East today. Since the 70s and the oil boom, Nigeria has invested in commercial industries across the country. None has been sited in the Southeast. None. Refineries, Steel Plants, Cement Firms – any Industry.

The Southeast was systematically deindustrialized. Even when it was the best location for any industry, there was always a reason why it should not be sited there.

What this means was that any Igbo man that wanted to work in a commercial federal establishment had to leave the east. Add this to the indigenization policy of the early 70s that pushed the Igbos out of private companies. It meant that international companies also avoided expansion into the southeast.

The Nigerian Breweries, the Dunlop, and other such firms sited their plants outside the East and only set up distribution centers to sell in the region.

This concerted government plan worked so well that even Igbos began to hate themselves and hate to invest in their zone till this day.

The only industrial enterprise in the east is built by easterners; Nnewi, Aba, Onitsha. These are Igbo indigenous industrial cities.

The plan was to frustrate them from investing in their zone or force them to move the industry to North or West where it can be taken from them after getting them to transfer the technology.

This has been the practice since the end of the war.

In addition to all that, the Federal Government has systematically made it difficult for Easterners to do commercial business even in the East.

The Federal Roads in the East are some of the worst in Nigeria. The Eastern Seaports have been made ineffective. It was a war to get the Enugu Airport upgraded to an International Airport.

The former Finance Minister shed tears on the day the first International Flight landed in Enugu. Yes, Ngozi Okonjo Iweala cried! Recently, it was only the South East that was conspicuously missing in the New Railway Plan of the Federal Government.

Nigeria has 6 regions and one was missing in a national railway plan while nobody cares. Incidentally, Igbos who reside in the east are the most itinerant in the country and would benefit most from a national transport plan. Even our President Buhari changed the plan to include his village, but a major zone of the country was not included.

When you go to the east, despite the lack of federal presence, the presence of police all over the east tells a story. They mount roadblocks and make it difficult for commercial activities to run smoothly. Recently, Customs has joined, and lastly, the army. It is an occupied territory. They extort money. They intimidate them by all means. They have recently started shooting and killing them.

Nigeria has made the east unlivable. They sponsor dubious governors, senators, and political leaders that take orders from the caliphate – purposely, carefully.

In conversations, people often accuse the east of being clannish or tribalistic. That is far from the truth. No group assimilates or blends in more than the Igbos. They claim Igbos are welcome in all parts of Nigeria, but outsiders cannot come to the East. The question is: why would anyone come to the east? To do what?

Those from the North are there in droves. Igbos love to celebrate with cows. And the cattlemen go there to sell their cattle. No one molests them. In the villages in the East, these northerners live unmolested. But those are the only people who can find commercial reasons to be there! So those who wonder why Igbos are angry should wonder no more.

While most would not dare carry arms against Nigeria, don’t underestimate the level of disconnection and anger especially among the younger generation who feel hopeless and in prison for something they did not do.

Nigeria is made of nations that came together to form the country. No nation will like to remain in perpetual servitude or slavery. Igbos were at the forefront in the fight against Britain for Nigeria’s independence. If they did not allow Britain to subjugate them, they surely will not allow any local power. They may strike at the slightest opportunity at other pseudo dominating power over them.

That Nnamdi Kanu’s supporters starred down army tanks with sticks is a sign that the next generation will be ready to fight bare hands, if necessary, to stop Nigeria treating the Igbo nation as second-class citizens.

There will be fiercer and angrier Kanus in the immediate future if Nigeria does not officially stop the “vanquished “program against the Igbos who fought the civil war.

You cannot preach unity and indivisibility of the country on TV and all your actions point to discrimination against the components of the country. It is hypocrisy. It is as dangerous as it is foolhardy.

Let those who preach unity walk the talk and stop open discrimination against their countrymen. History has shown that you cannot decree peace. You cannot decree unity. You cannot force any group to belong to a country by force; it may work for a time, but it is never sustainable.

Nigeria has a lot to look forward to as a united country. It also has enough for the regions and nations that make up the country. Our diversity is a blessing. Our failure to reach our potential is caused mostly by the internal contradictions and the inability to build a fair country that can bring the best out of her component regions.

Those who shout most about loving Nigeria today are mostly those its current unfair structure favor. But Nigeria will continue to be only as strong as its weakest link. And the weak links are all there to see.

The East is one of the weakest links. Until it stops being a weak link, Nigeria cannot truly make progress.