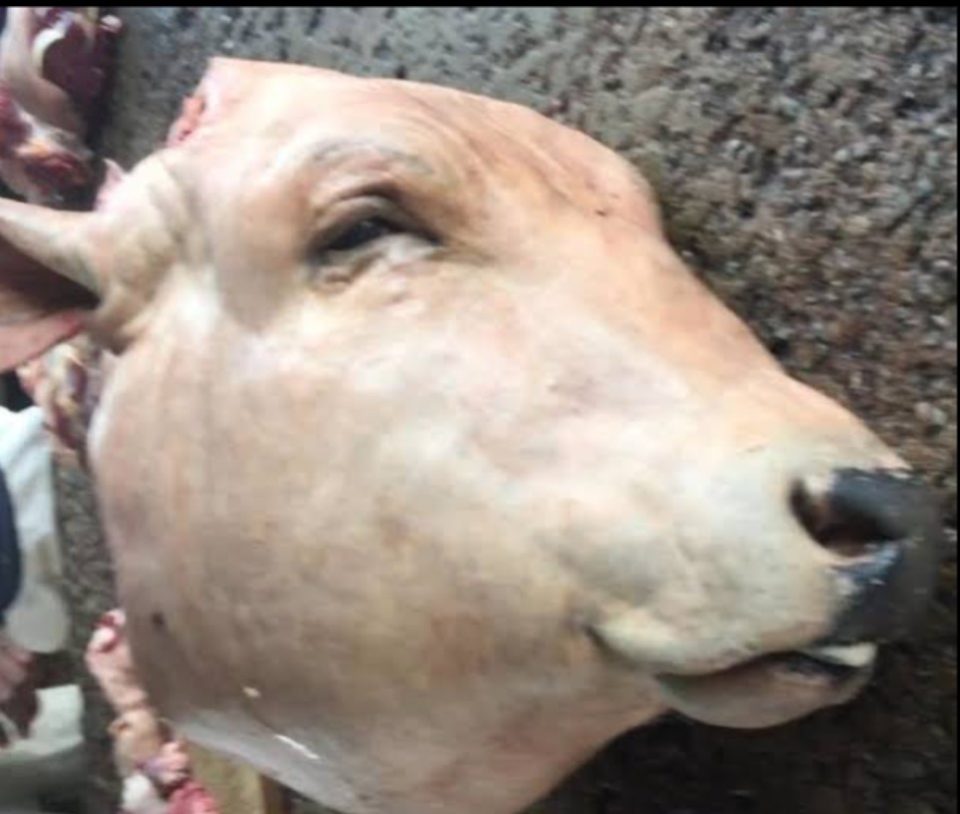 A campaign to effectively boycott the consumption of cow meat in Southern Nigeria has been launched by Yoruba socio-cultural group, Afenifere; Activist, Sunday Adeyemo, also known as Sunday Igboho; The Are Ona Kankanfo, Gani Adams; and the Odua People’s Congress, under the leadership of Prince Segun Osinbote.

The first phase of the campaign, with the theme; “A one-day symbolic beef boycott towards terminating the cow pandemic – End COWVID-21’ – No more Nonmo, is scheduled for March 5, 2021.

The End Cow Meat Consumption campaign is expected to trend on Twitter with the #endcowpandemic.org’ and will be streamed live on Odua Peoples Communications Youtube channel.

According to the campaign, “human lives are sacred”, and it is in response to the 4-day-old boycott of movement of food items from North to South by Northern traders.

The End Cow Meat Consumption campaign is also supported by health buffs who say red meat, after all, is injurious to human health.

The campaign also has the support of some vegetarians, environmentalists and animal welfare activists who believe time has come to give the poor cows a break by stopping the daily shedding of their blood. 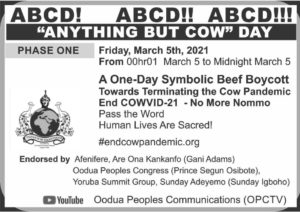 Titanic: What old age does to beauty and good looks