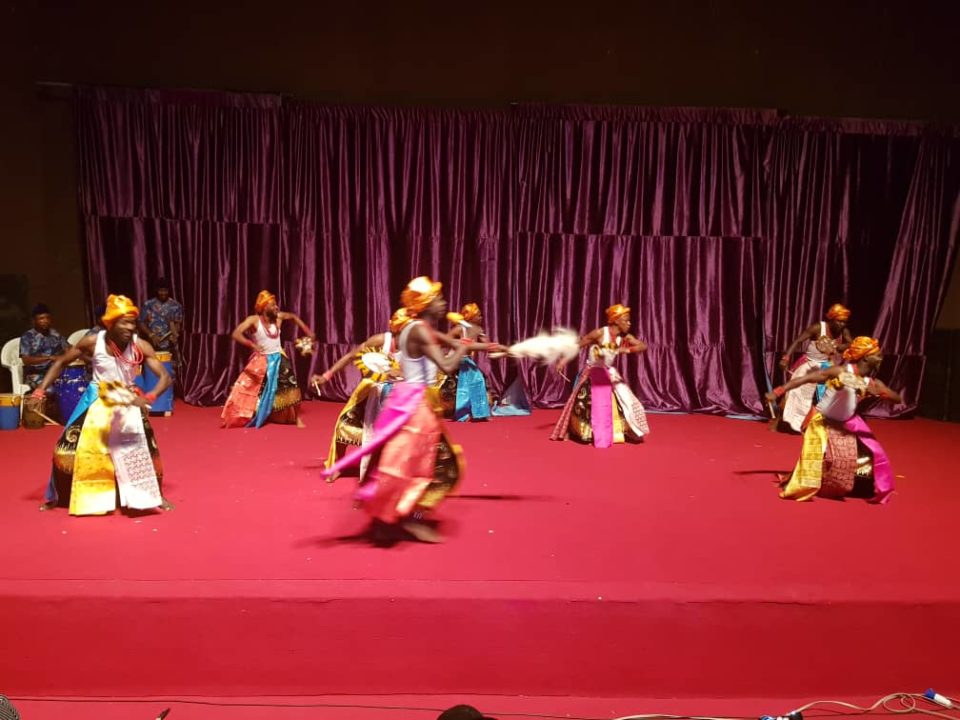 The 2021 National Festival of Arts & Culture, NAFEST, hosted by Ekiti State, has already kicked off with a Command Performance last night at the Civic Centre Arts Theatre in Ado-Ekiti between 7pm and 10pm.

However, the flagship of Arts and Culture events in Nigeria will be officially declared open today in an Opening Ceremony scheduled to take place at the Ekiti Parapo Pavilion between 1pm and 6pm.

The Executive Governor of Ekiti State, Dr Kayode Fayemi, his wife who has since been decorated with the title of Mama NAFEST 2021, and other dignitaries from Ekiti and across Nigeria are expected to declare the grand annual national event open. They will be guided by Otunba Olusegun Runsewe, the indefatigable Director General of National Council for Arts and Culture (NCAC), which organizes the annual grand event.

Otunba Segun Runsewe, who was sighted last night in company of some Arts & Culture officers of the state and NCAC inspecting the Pavilions erected for different exhibitors and businesses, also attended the Command Performance at the Civic Centre Arts Theatre, alongside other dignitaries.

Already, the small, quiet town of Ado-Ekiti is agog, and business activities have suddenly skyrocketed as a result of the huge influx of visitors from other states of Nigeria. Pounded yam and vegetable soup, which appear to be the staple item in the state’s menu, are selling like hot cakes.

Yesterday, one particular roadside Buka at the entrance of the state capital, where a middle-aged woman and her daughter normally sell pounded yam with vegetable soup, was besieged by a large busload of journalists arriving from Lagos. Within a twinkle of an eye, the woman sold out all her food and was persuaded to boil and pound more yams.

Nightlife in the state capital has also come alive from whatever state it was. Visitors could be seen gathering and drinking, both inside and outside the Pavilion. Transporters, especially the commercial motorcyclists popularly called “Okada” are making brisk businesses and thanking God for bringing NAFEST to Ekiti State. They have probably never seen such business-boosting activity in Ado-Ekiti before!

Fortunately, and unfortunately too, hotels in Ado-Ekiti have also run out of rooms. In some hotels, visitors had to pair themselves and share rooms, not because they did not have money to book for separate rooms, but simply because the hotels have no more rooms to give out.

From the look of some hotels, it was obvious that some rooms which were not in use due to lack of patronage were hurriedly fixed and offered to visitors. Although such rooms were not in the best of conditions, visitors had no choice but to make do with them in the face of the acute shortage.