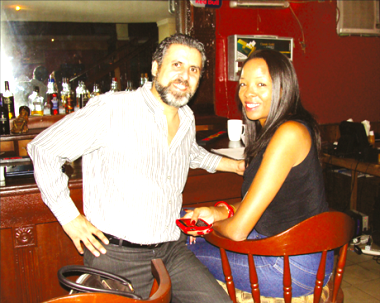 Several hotels and hospitality outfits in Lagos have offered to work with, and support the Tourists Club International (TCI) in its vision to awaken the tourism consciousness of Nigerians and elevate tourism in the country to international standards.

This development came recently when the Gergees brothers, former operators of Coconut Grove who now run the glamorous Che, offered their full support to the club.

In an informal leisurely chat with representatives of TCI and journalists, the managing director and chief executive of Che, Said Gergees, offered to host the club once in every month. “Choose any day of the month for TCI. We will host you. We will also support you in everyway we can,” says the Lebanese whose sense of hospitality never ceases to amaze his guests.

Earlier, Beachgate Hotels & Tours near Lekki Beach, had offered the hotel to TCI as leisure outlet. The management of the hotel said it made this offer because it believes in the ideals of TCI and the potentials it has to promote people’s life satisfaction through tourism. Other hotels such as Sunfit, Amuwo Odofin, one of the best fitness centres and spa in Lagos, have also regularly come to the aid of TCI.

I AM PROUD (Song by Osa Mbonu-Amadi)