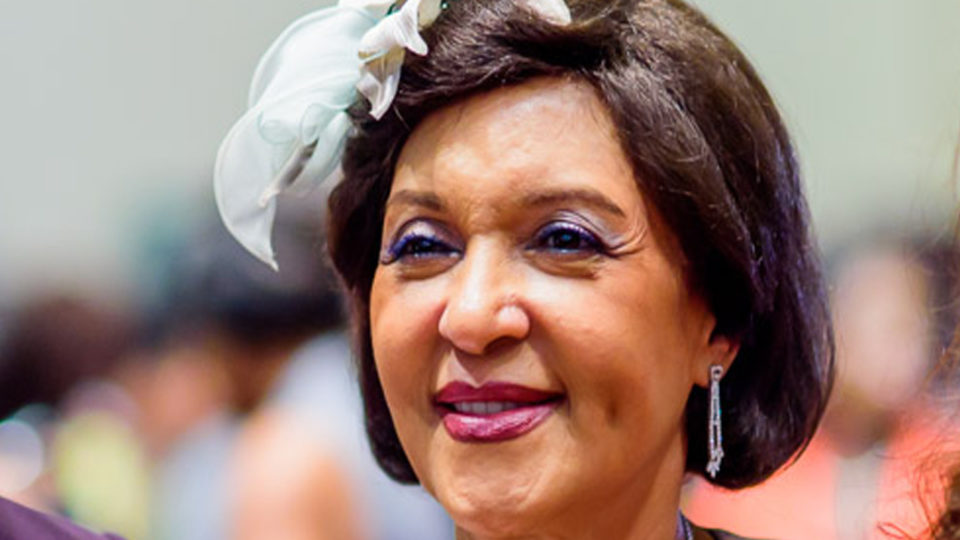 Wife of the late founder of The Guardian, Maiden Ibru, has said that true federalism is an idea which time has come and that no one can repel it. She said “that is why we have been committed to weekly commentary on front page of The Guardian on the issue. We do this every Thursday and today is the 24th edition of our “Federalism is the Answer After all” series.”

Maiden Ibru spoke at the launch of a book on The Guardian and posthumous award to Mr. Alex Ibru, founder of The Guardian Newspaper which took place yesterday, April 8, 2021 at the Federal Palace Hotel, Lagos. She also paid tribute to the authors – Aaron Ukodie and O’Seun Ogunsetan – for   honoring her late husband. She said the publication of the book was very valuable to the family.

“We would like our president to know that a return to true federalism will solve most of our security and economic challenges,” Mrs. Ibru said. “It is not new; the issue of restructuring is one of the promises of the administration President Buhari hasn’t kept; it is part of the APC manifesto and there’s a report on the El Rufai committee by the party since 2018.

She said, “There’s been many other reports on this, including a 2014 report on restructuring from the conference during the President Jonathan’s administration which he handed over to President Buhari. We are also aware of other challenges including rampaging corruption at all levels; we know about the debt burden and controversial fuel subsidy that have always made nonsense of our budget expectations.

According to Maiden Ibru, “There are many more issues including health care infrastructure challenges, but the most important issue our leader should address at this time is nation building. Most people are quite fearful now that Nigeria is too divided to survive as a country; only very few people believe in one Nigeria. There’s therefore a crisis of coherence.”

The Guardian Publisher also spoke on the vexatious issue of alleged northernisation and Islamisation agenda of the northern Nigeria: “What is worse is, serious allegations of northernisation and Islamisation as a fundamental objective and directive principle of state policy. These are signs of a sinking state. The president should at this time, demonstrate that he indeed belongs to nobody as he said in May 2015; “I belong to everybody, I belong to nobody.”